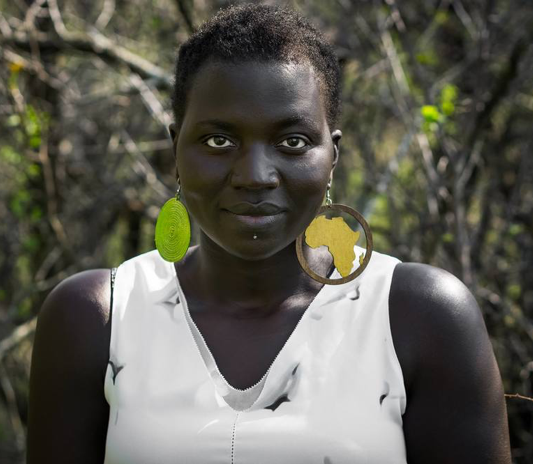 Nyamal: “I want to be the last generation to wonder where I belong”

A story of not belonging, of not being here nor there and of navigating countries, identities and cultures. That story is mine. My parents are former refugees who fled Sudan (now South Sudan) in the early 80s. They settled in Gambella, Ethiopia, where my siblings and I were born. I sometimes joke that I was probably conceived in conflict, but in all seriousness, this upbringing gave me the resilience I needed to live through war and rise as a black woman in America, which is where I am right now.

At 6 years old, my resilience was tested when war knocked on our door in 1991 and forced its way into my life on a gloomy rainy day. War dwelled in my nostrils and filled my eyes with death. War was a weather forecast. You never knew upon whom the grey clouds would fall. War claimed my father, uncles, aunts and countless cousins and friends. Together with my grandmother and uncle, my six years old legs walked away from home, thousands of miles crossing a volatile region, to eventually make it to Nasir, Sudan now South Sudan. It was dangerous and challenging to say the least.

I truly believe that war is the most vicious poison which spits from hearts of men. Having lived through the horrors of civil conflict, it most certainly marked my soul and had a hand in molding me into the person I am today.  But I am determined not to let it define me. 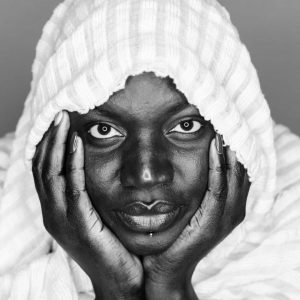 A new chapter in my life started at ten years old when my family resettled to the USA. I am thankful and appreciative that strangers opened their hearts and minds to welcome a vulnerable ten-year-old girl from South Sudan to Sioux Falls, South Dakota. My upbringing was great, and it was only until high school that I began noticing systemic racism. Today, all grown up and living in America, my biggest fear as a very melanated sun-kissed woman of colour is simple: my life being ended by a racist justice system or by people that do not see my humanity, but only my skin complexion. It has been exhausting to fight the physical, intellectual, and mental fight of having to always prove that I am human being with a life that matters and not just another angry black woman. 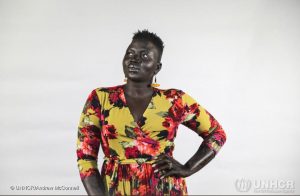 It keeps me on my toes to remind myself that I stand on the shoulders of giant women who knew not their place, but knew their strength, voice, and reason to be loud. My mother was a social justice warrior in her own right who spoke out in her community and I followed in her footsteps. I am now a Policy Director serving immigrants and refugees in Pennsylvania. I use my voice to make sure that local and federal policies do not leave immigrants and refugees out of the conversation and do not harm marginalised communities.

I’ve always stayed connected with my Ethiopian and South Sudanese roots. I co-founded the Nyaeden Foundation to empower women and children in Africa through education, peacebuilding, conflict resolution, and self-sufficiency. Recently, it was very enlightening going back to Gambella, Ethiopia where I was born. A young girl supported by the foundation said to me: “you came back and you look like me, you speak the same language that I speak.” It’s something I am still processing to date and I find humility in what she said. It was also on this trip that I took my Master’s degree home to my only living grandfather, whom I left at 7 years old. I returned to him as a 34 years old woman, a two-time college graduate. 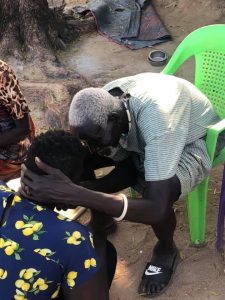 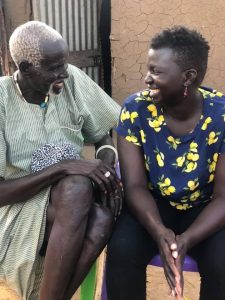 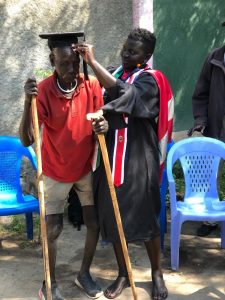 My reunion with  my grandfather and with my uncle, with whom I walked to Nasir

I hope my story and who I am will encourage, motivate and inspire young women. I am authentic, living my truth and I am unapologetic about it. I am also a Pan African and I see a united Africa in the future. I dream of an Africa where the youth and women will be valued as part of the system. When South Sudan got its independence, I was like yes! I will be the last generation that says I am a refugee. A generation that will not have to deal with identity of where do I belong? Where is home?  Who am I? South Sudanese – Ethiopian – (American)?

My dream is that no child will ever have to experience the trauma brought about by forced migration. Let it be for leisure, education or to get to know another culture, but not for survival. A much kinder and loving future is in my dreams. While these might sound utopian, they are possibilities. Imagine it, dream it, and work hard to get it.