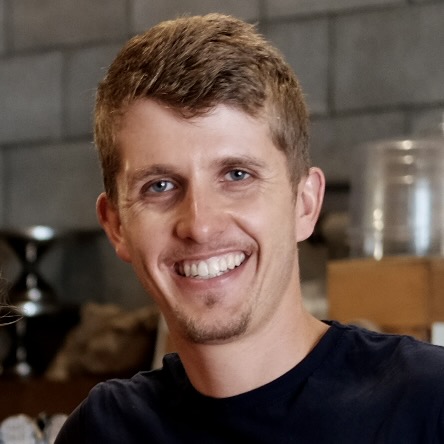 Grant: “Braving through hard things is what makes your life impactful”

God was subtle in the way he let me stumble upon my call. It was an otherwise normal day in 11th grade, Afrikaans class, when a strange feeling washed over me. My whole being moved with an irresistible urge to get up and walk out. I had no clue where I was supposed to go and why, but I obliged none the same. I excused myself and let fate have its way with me.

In the hallway, I stumbled upon a student who was at the mercy of a severe asthma attack. I recall standing there, watching him gasp and wheeze, not knowing how to calm his panic. I did the only thing I could, which was to take him to the school office.

The incident was still lingering in my mind later that day when I witnessed two cars collide on the way to my grandfather’s old age home. In a town as small as East London, that is front page news. As I watched the event unfold, I felt an appreciation of the medics at the scene. Their life-giving split-second decisions were executed with such precision and determination that seemed to surpass human abilities. God must be guiding them, I thought to myself.

It’s only when I arrived at my grandfather’s old age home that it dawned on me, there were bigger forces at play in my life.

“Can you help that old man change channels,” asked the nurse at the home pointing to the room where my grandmother had passed away.

And in that very moment, a different feeling came over me. It was a certainty. A knowing deep in my gut that this was my path! My destiny would be to help people. I had after all been called to medicine, not once, not twice but thrice that day!

It was a long shot to apply for a Medical Degree at Stellenbosch University with the kind of grades I had, but even lotteries have winners. Even though my college marks did not rank well in the highly competitive landscape of South Africa’s Universities, my passion trounced my doubts.  When the news of my admission came, my mum initially accused the school of making a mistake. That was the measure of everybody’s disbelief.

I was incredibly lucky to get a coveted and comprehensive scholarship from the Eastern Cape Provincial Government of South Africa. The one condition — and one I was happy to comply with — was to return as a trained doctor and work in communities in the area after my six years of studies.

When my wife and I moved to Durban after graduation to work in the uMlazi area, I had formed a rather rosy picture of life as a doctor: connecting with people and changing their lives. The reality turned out to be an uphill battle. The uMlazi community had rampant alcoholism, which came with the familiar ills of HIV/AIDS, child abuse and teenage pregnancies.

Instead of helping the community thrive, medical professionals like myself ended up mending the self-inflicted wounds of the marginalized communities we worked in. Weekends were the worst — alcohol-poisoning, stitching up bodies from knife and panga wounds, and the tell-tale signs of battered bodies from domestic abuse. I saw too many people’s lives destroyed by their vices. The problems were too big and too deep, for my stethoscope. I felt I wasn’t doing enough; not enough changed.

After two years in KwaZulu-Natal, we got stationed in Transkei in the Eastern Cape. It was easy to tell who was there for the salary and who was living out their calling. The predictable Thursday night shootings, staggering alcoholism were a difficult pill to swallow every single week.  I felt like South Africa was a sinking ship and as a doctor, I was tasked with closing the gaping hole in the ship’s hull. I could only scoop up cupfuls of water at a time, not nearly enough to make a lasting difference. I ended up burned out with little to show for it.

Exhausted, my wife and I took a step back to focus on the next generation. In late 2019, we decided to move to her native eSwatini in the small town of Siteki, where her family had a farm. She would use the time to begin her training in ophthalmology, and I could recharge. It felt refreshing to mentor young people and offer them opportunities to upskill themselves. The opportunity arose for me to set up a Roastery and café to create a discerning coffee culture in the sleepy town of Siteki, Eswatini. This has blossomed into a safe haven where young people’s careers can finally experience a new lease on life.

In the midst of all these exciting projects, I contemplated leaving medicine to become a teacher, but in the end, I did not. I fear looking back later on in life only to realize that I chose the easy way out. Braving through hard things is what makes your life impactful. That is why I am now moving back to South Africa, where I one day hope to tackle a down and out hospital like the one I used to work for. My hope is to build an ecosystem that supports a healthier community to flourish.